Welcome, please join us...
We want you to become an active partner in our Greater Burgess Community Association.

The Greater Burgess Community Association (GBCA,) established in 1998, has earned a reputation as a respected and responsible organization, representing the residents, neighborhoods and businesses of Burgess by engaging in a wide range of issues such as current and long range planning; road improvements, storm water drainage and public safety. By interfacing directly with local and state officials, the GBCA is a voice for Burgess area residents and businesses.

The GBCA holds quarterly meetings, open to the public, to provide an information exchange between Burgess residents/businesses and Horry County/South Carolina state officials on a variety of community topics and local experts on topics of interest to our membership. Regular emails to our members provide timely updates from county officials and others on a range of issues.

The GBCA works to foster a sense of community in our changing environment, while attempting to preserve our area’s rich cultural heritage and human history.

The Burgess Community is an unincorporated area in Horry (O-ree) County, South Carolina. The community is approximately 28 square miles in size. The western boundary is the Waccamaw River and the eastern boundary is the US Highway 17 Bypass. The southern boundary is the county line between Horry and Georgetown County and the northern boundary is near the intersection of Hwy 31 and Hwy 707. Many residents are not aware they live in the Greater Burgess Area since their mailing addresses are in either the 29588 (Myrtle Beach) or 29576 (Murrells Inlet) zip codes. Prior to 1976, Burgess had its own Post Office and people could readily identify themselves as Burgess residents. 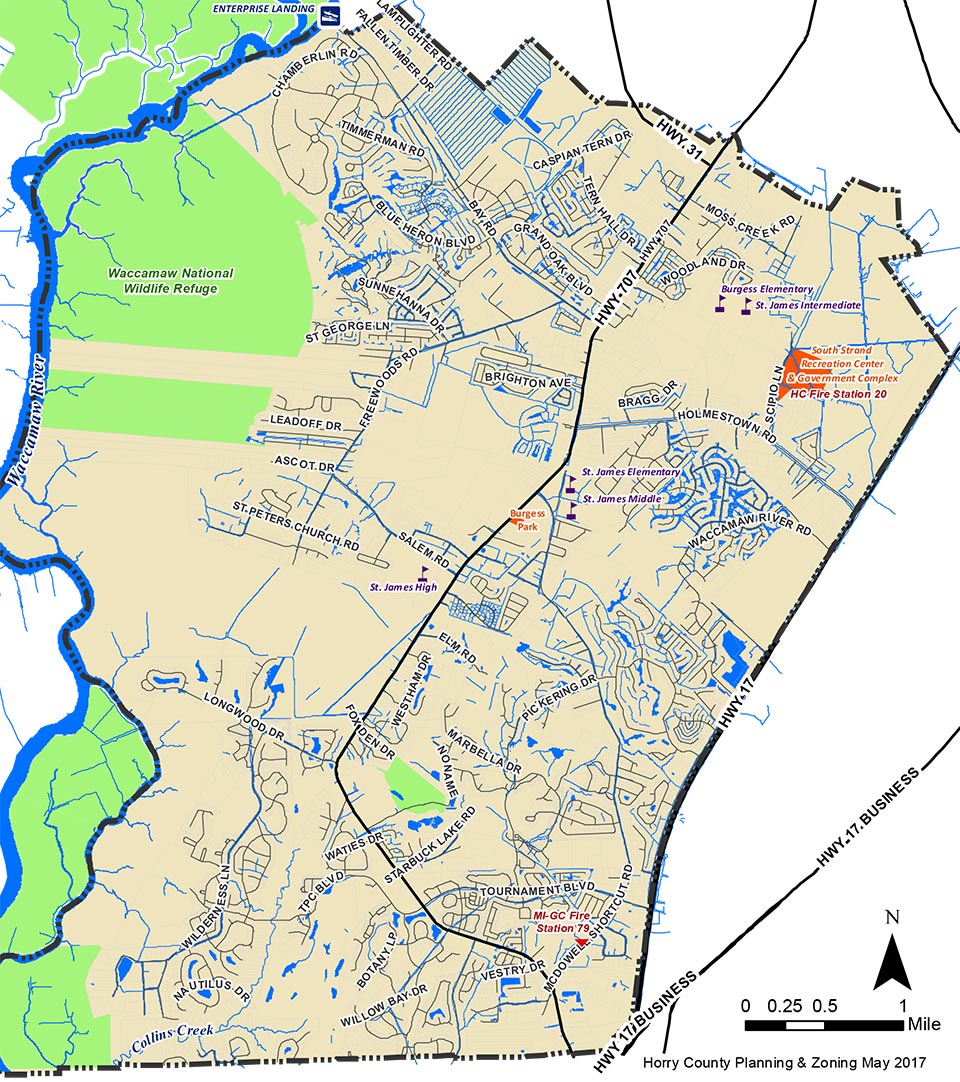 Bounded by US Highway 17 Bypass to the east and the Waccamaw River to the west. The southern boundary is the jurisdictional line between Horry and Georgetown counties. The northern boundary is less definitive, but ends north of Holmestown Rd and south of Highway 544.

Burgess has transitioned from a rural community to a predominantly suburban community during the last thirty years. Numerous master planned communities were have been developed since 1990. We led the development of the Burgess Community Area Plan, a guiding document for long range planning adopted by County Council in 2012. Large tracts of land remain undeveloped at this time, retaining some of the rural characteristics that preceded Burgess’ rapid growth. These large parcels have a high potential to be developed, making the work at the Greater Burgess Community Association even more impactful.

The Greater Burgess Community Association initiated ideas for and supported road improvements and traffic safety projects such as:

We strive to make the Greater Burgess Community a wonderful place to live, work and play. 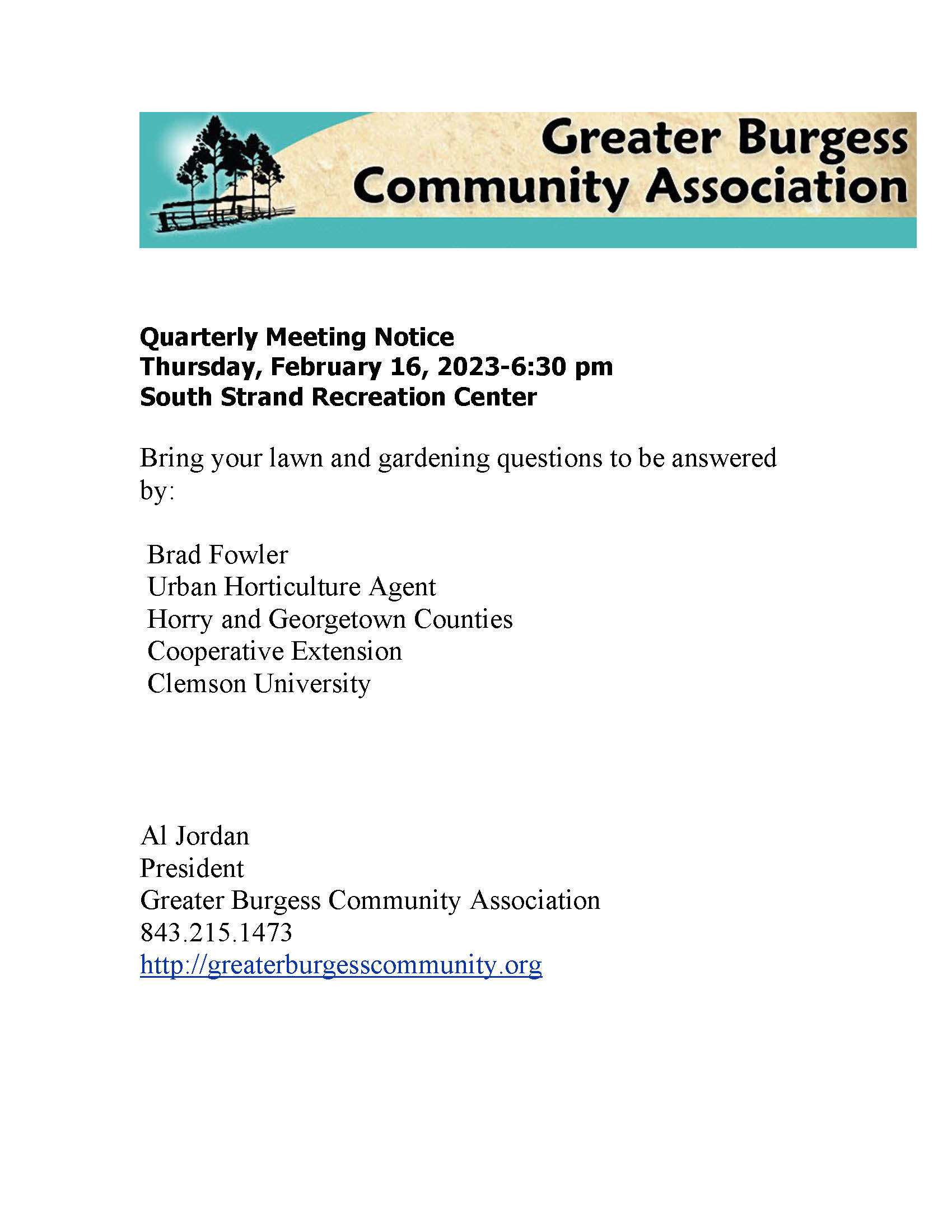 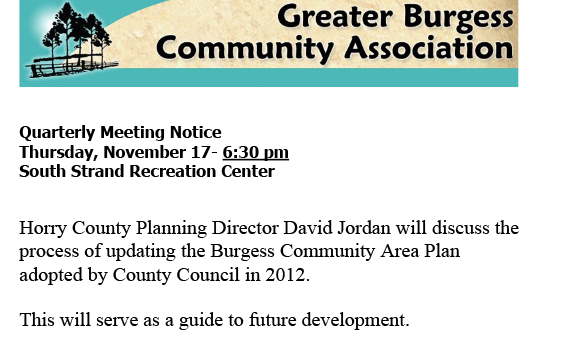 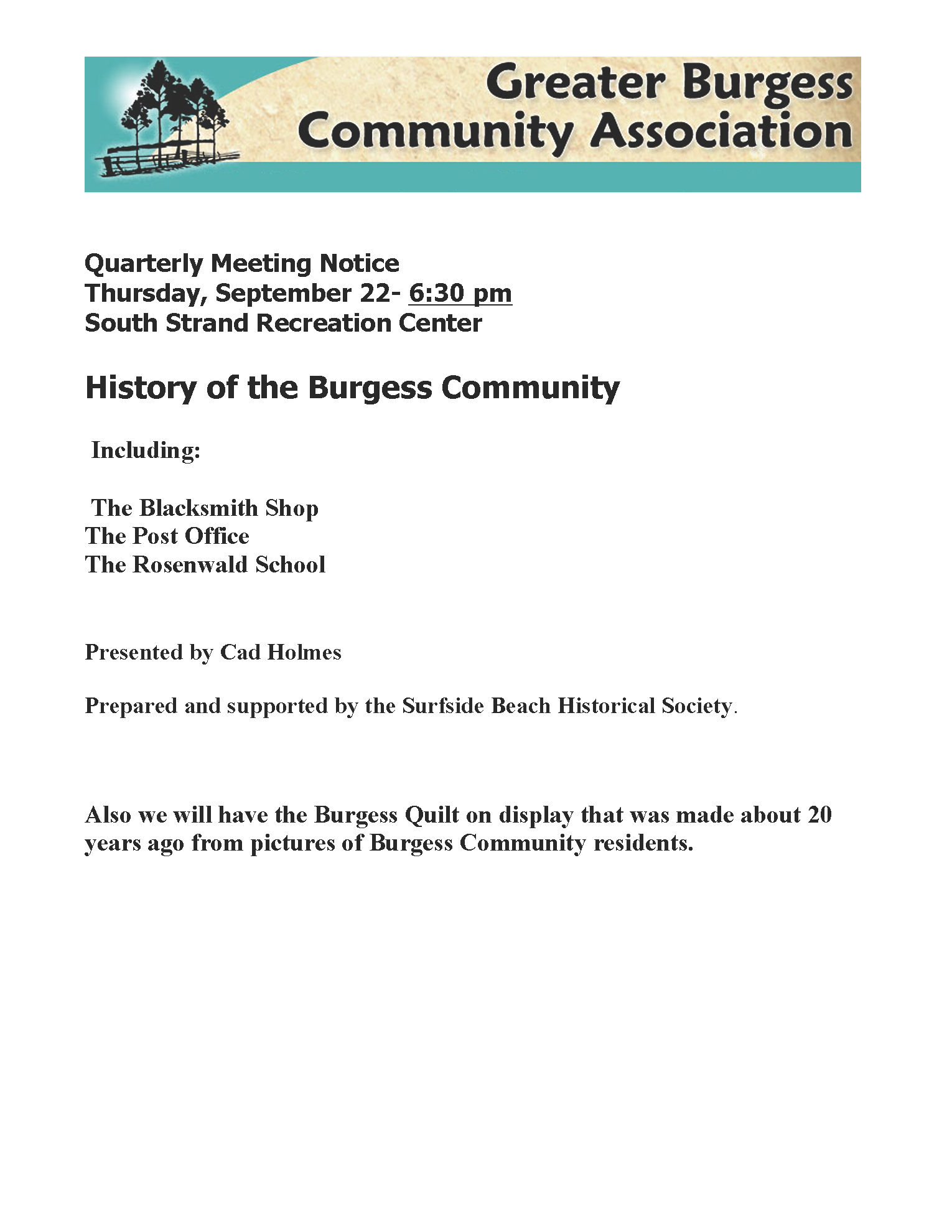